I’ve returned to the same coffee shop where I was a few months ago when I noticed that my email had been hijacked/hacked. This time, I’m using my phone, but the last time when I noticed the hack, I was using my computer and doing email over an open-internet, free WiFi network.

coincidence? I’m still afraid to do email from here.

As we can’t really diagnose the past, let’s look ahead instead.

It absolutely can be safe to do email from a coffee shop or any other
location that provides unsecured or “open” WiFi. In fact, I do it all the
time.

But you do have to make sure to follow some very important practices to
ensure your safety.

Turn On The Firewall

This is easily and frequently overlooked.

When you’re at home, you may use your router as your firewall and keep the
Windows or other software firewall on your machine disabled as redundant.
That works well, as the router stops network-based attacks before they ever
reach your computer. 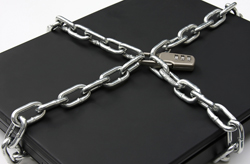 When you’re on an open WiFi hotspot or connected directly to the internet
via other means, that software firewall isn’t redundant. In fact, it’s
required.

Make sure that the firewall is enabled before connecting to an open WiFi
hotspot. Various network-based threats could be present on an untrusted
connection, and it’s the firewall’s job to protect you from exactly that.

As I said, it can be safe to use open WiFi, but it’s also very easy for it
to be unsafe.

The solution that you used while you were at that same coffee shop (and asked me about in this question) is a very common and solid one: use your phone instead.

While it is technically possible, a mobile/cellular network connection is
significantly less likely to be hacked. I use this solution when I
travel.

Most mobile carriers offer one or more of the following options:

I travel with a MiFi, and also have a phone capable of acting as a hotspot
as a backup. I find this to be the most flexible option for the way I travel and
use my computer.

If you use a desktop email program such as Outlook, Outlook Express,
Windows Mail, Windows Live Mail, Thunderbird or others, make certain that it’s
configured to use SSL/secure connections for sending and downloading
email.

Typically, that means that when you configure the email account in your
email program, you need to:

A Close Look at Broadband Technology

3 thoughts on “Ask Leo: How to use an open WiFi hotspot safely”