Microsoft has a tough challenge ahead, as do most tech companies. Mobile technologies are growing at an alarming rate as people learn they can do more while on the go. No longer are we tied to a computer to accomplish basic tasks such as email, web browsing, and communicating with our friends.

My friends, the paradigm is changing. Desktops and laptops aren’t going away anytime soon, but smart phones and tablets are becoming more and more mainstream as each day passes. Currently we have a multitude of operating systems to deal with and it is quite probable that current users interact with a mix of these operating systems daily. Go home and jump on the computer – Windows or OSX. Grab the tablet and sit on the couch – iOS or Android. Grab your phone and head out for drinks with a friend – iOS, Android, WebOS, Symbian, Windows Mobile, etc. Man, that can get confusing!

Microsoft has seen the future (not that it was difficult) and made a corporate decision to present a consistent user interface (GUI) across all Microsoft products. I can see their reasoning and applaud their attempts. You have to admire Microsoft for this decision – real chutzpah. This is akin to putting all your eggs in one basket though. If the public doesn’t like the final product they won’t buy the OS or products that come with the OS. In the past if you didn’t like Windows Phone you chose another device, but you probably had a Windows based computer at home anyway. Have an Android smart phone? Probably have a Windows computer. In the very near future this may not be the case. By introducing Windows 8 Microsoft hopes to move their Metro interface to the desktop. It is already present on the Xbox and Windows phones and with Windows 8 it will be on the desktop as well – sort of. 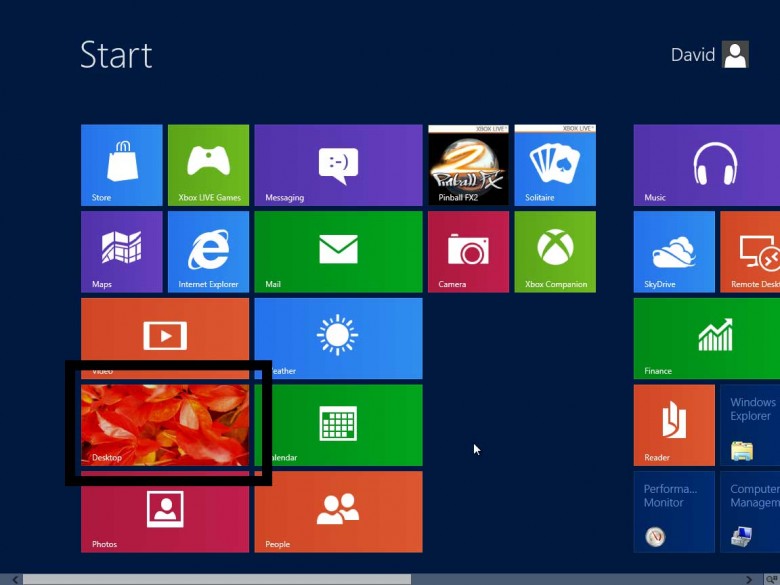 Dave’s Computer Tips: Windows 8 – Have you decided yet?

Dave’s Computer Tips: How to Install Windows 8 in a Virtual Machine